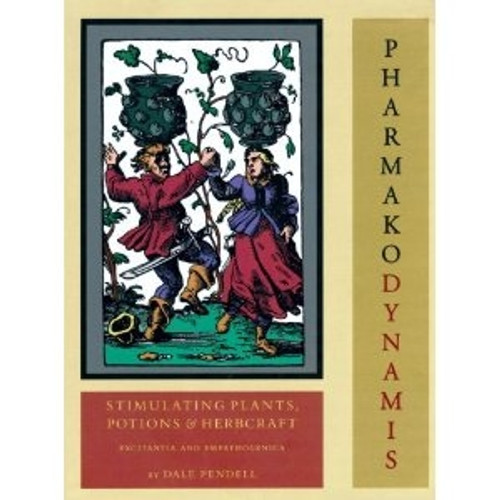 In Pharmako/Dynamis, Dale Pendell continues his exploration of psychoactive plants begun in Pharmako/Poeia. Pharmacognosy is the study of the composition, production, use, and history of drugs of natural origin. Pendell covers these topics and more in this volume, charting a voyage around the world of plant teachers. Through poetry, chemistry, and a generous sprinkling of arcane lore, Pendell weaves and twists the many threads of tradition into a singularly bewitching brew. Pendells voyage is a true circumnavigation. It divulges what Gary Synder called dangerous knowledge that is a formidable weapon against even more dangerous ignorance.

Dale Pendell is a poet, software engineer, and longtime student of ethnobotany. His poetry has appeared in many journals, and he was the founding editor of KUKSU: Journal of Backcountry Writing. He has led workshops on ethnobotany and ethnopoetics for the Naropa Institute and the Botanical Preservation Corps.

Great Bay, The: Chronicles of the Collapse [Hardcover]

WINNER, Best Science Fiction, 2010 Green Book Festival Based in scientific reality, Dale Pendell presents a powerful fictional vision of a fast-approaching future in which sea levels rise and a...

Pharmako/Gnosis: Plant Teachers an the Poison Path by Dale Pendell This is the third and final volume of North Atlantic Books updated paperback edition of Dale Pendells Pharmako trilogy, an...

Dooby's dog toys brings us a brand new dog toy!The Blunt Hemp dog toy is made of organic hemp material, and perfect for your pooch!

A coffee a day... Get the pick me up you really need every morning. The perfect prescription to start your day.. coffee! 12oz Prescription Coffee Mug - Set of 2. Mug Features Perfect gag gift for...

Add some fun to your morning routine with this novelty mug. It is made from ceramic and features a standard coffee cup that can hold approx 10 oz of your favourite blend. The mug is a lovely soft...

Ceramic Pipe Mug The ceramic novelty mug is a dual function so you can start your day with a wake and bake. Drink your favourite coffee and smoke your favourite herbs with a built-in pipe. Mug holds...

Ceramic Pipe Mug The ceramic novelty mug is a dual function so you can start your day with a wake and bake. Drink your favourite coffee and smoke your favourite herbs with a built-in pipe. Mug holds...

The new Kashed Silicone Ashtray from Piecemaker is every smoker's dream come true. The Kashed is not only made of food grade, heat resistant, dishwasher safe silicone but features a cleaning fin and...

Wild Berry presents these handy bags for your incense! No longer will you have to deal with them spread out across your desk or coffeetable, or making their way across the house; Now, you can keep...

The Pulsar® Tap Tray is a premium silicone ashtray that provides an all-in-one solution for storing your tools, lighters, rolling papers, concentrate nails, and much more! The Tap Tray holds...

Celebrate 420 everyday with this ceramic mug!